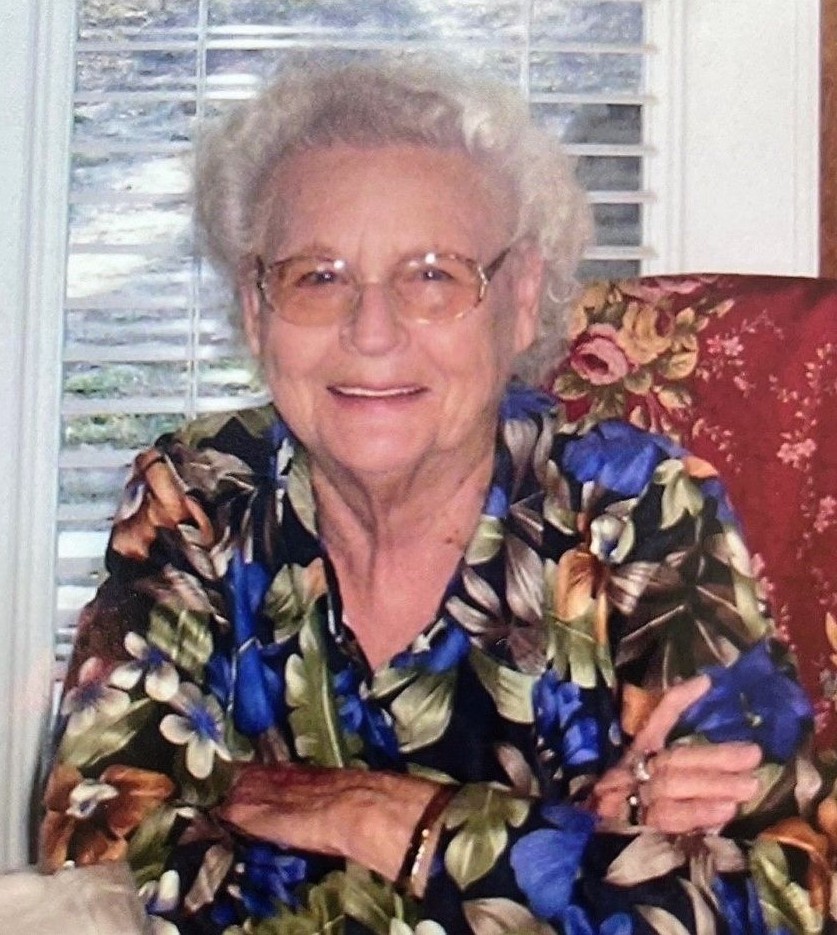 Adabel Elizabeth Matthes, 99, of Pleasant Hill, was born July 31, 1923, in Strasburg, the daughter of Bernard A. and Flossie (Middleton) Roush.  She departed this life, Thursday, September 8, 2022, at the Crown Care Center in Harrisonville.

Adabel was a 1941 Strasburg High School graduate and was Valedictorian of her class.

Adabel was a homemaker and farmer’s wife.  She and her husband owned and operated Matthes Bee Farm for many years.  She was an active member of the Hickory Grove Baptist Church where she taught bible study and played the piano.  She enjoyed cooking, baking, playing cards, and line dancing.  She especially enjoyed spending time with her family.

Adabel was also preceded in death by her parents; one grandson, James Matthes; one great grandson, Travis Kanies; and her sister, Hazel Orlando.

Memorial contributions are suggested to the Hickory Grove Baptist Church and may be sent in care of the funeral home.

To order memorial trees or send flowers to the family in memory of Adabel E. Matthes, please visit our flower store.