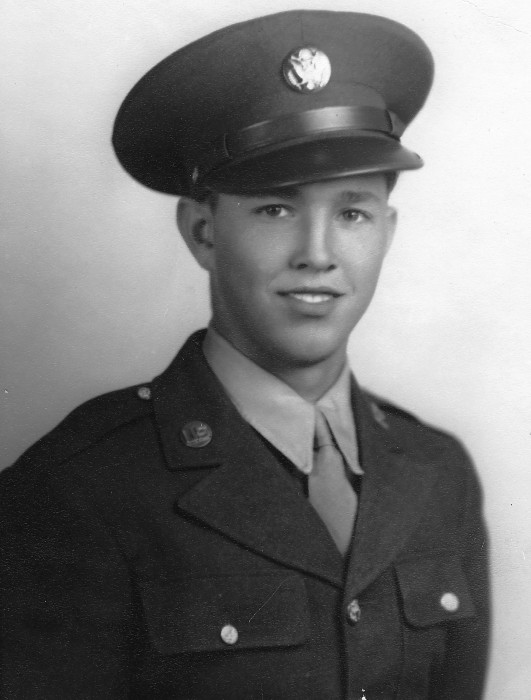 A.J. was a 1944 Pleasant Hill High School graduate. He was a U.S. Army WWII Veteran serving in the Pacific Theatre.

A.J. was employed as a paint department supervisor for General Motors Leads Plant for 31 years and as a greeter at Sam’s Club for 20 years.  He was a Life Member and Past Commander of the Veteran’s of Foreign Wars Post #3118; a former member of the Pleasant Hill United Methodist Church; a member of the Calvary Baptist and the Centerpoint Churches in Columbia.  He had also served on the Pleasant Hill R-3 School Board for 18 years.  He enjoyed hunting, fishing, golfing, cards, dominos, reading, watching the Royals, Chiefs, and Mizzou football and basketball and was a talented woodcarver.  He especially loved spending time with his grandchildren and great-grandchildren.

Visitation was held Wednesday, July 19, 2017, at the Stanley-Dickey funeral home.

Memorial contributions are suggested to the National Kidney Foundation and may be sent in care of the funeral home.

To order memorial trees or send flowers to the family in memory of Alexander "A.J." Hayes, please visit our flower store.