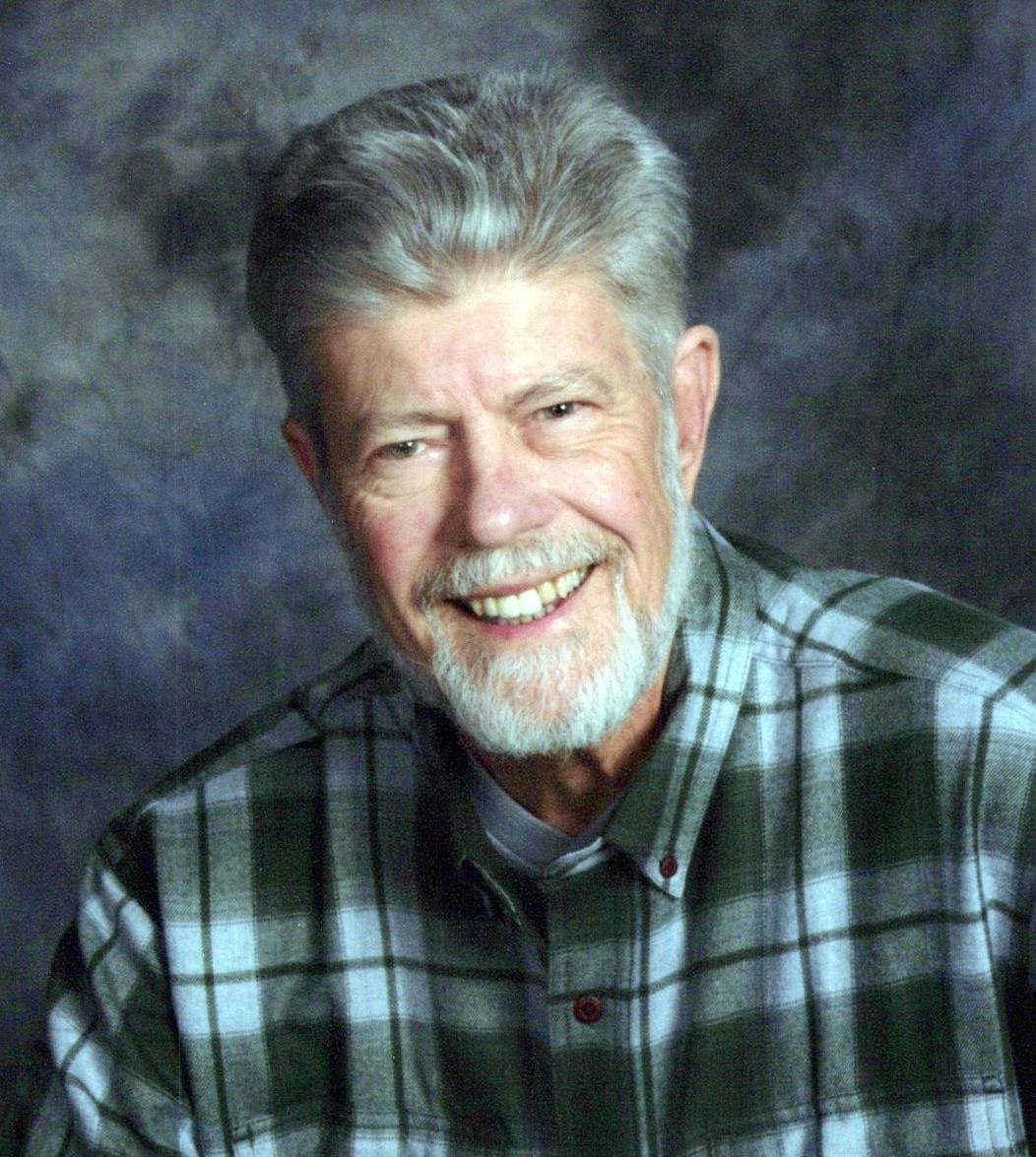 Andy spent the early years of his life in Grandview eventually moving with his Mom and sisters to South Dakota.  He was a 1967, Sturgis, South Dakota High School graduate.  He later earned his associates degree in architecture from the Longview Community College and his bachelor’s in business administration from Avila University.

He enlisted with the United States Navy in 1969 and served on the U.S.S Noa as a radarman during the Vietnam War and was honorably discharged in 1971.

On June 3, 1970, he was united in marriage to Joyce Kay Storms at the St. Catherine Catholic Church in Kansas City.

Andy was a licensed Architect, who first started his career with Black & Veatch in Kansas City. In 2001 he went to work for BRR Architecture, Inc. in Overland Park, Kansas, which he retired from in 2017.  He became interested in woodcarving in the mid 80’s. In 1988, along with his wife and in-laws, opened The Knot Hole Woodcarving Studio in Pleasant Hill, where he dedicated most weekends to teaching this craft to many young and old. He was an active member of the St. Bridget Catholic Church in Pleasant Hill, since 1978. In recent years he enjoyed the study and discussion of the Catholic faith with the Wednesday night men’s group. He started his Cursillo with Group #264 and sat at St. Peter’s table.  He was also active in the Kansas City Woodcarvers Club, Pleasant Hill Downtown Association, and was past President of the Historic Preservation Committee, and the C.I.D.  He enjoyed classic cars, trout fishing in South Dakota, and watching football and baseball.

Andy was preceded in death by his parents and an infant daughter, Alice Ann Anderson.

He is survived by his wife Joyce Anderson, a daughter Marilyn Anderson, a daughter and son-in-law, Sara and Rick Kitchell, two grandchildren, Emma Kitchell and Charlie Kitchell, all of Pleasant Hill; two sisters, Marsha Estes of Bakersfield, California and Gayle Anderson (and Keith Larson) of Lincolnton, North Carolina; other relative and friends.

Recitation of the Rosary and Mass of Christian Burial were were held Tuesday, November 8, 2022 at the St. Bridget Catholic Church in Pleasant Hill.  Reverend Curt Vogel officiated.

Memorial contributions are suggested to the V.F.W. Post #3118 Veterans Relief Fund or Little Sisters of the Poor and may be sent in care of the funeral home.

To order memorial trees or send flowers to the family in memory of Andy Anderson, please visit our flower store.