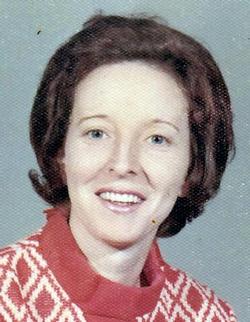 Anita Louise Golden, 77, of Harrisonville, formerly of Pleasant Hill, was born December 29, 1936 in Boone County, Missouri, near Ashland, the daughter of William P. and Lorraine (Hudson) Rippeto. She departed this life Tuesday, February 25, 2014, at her home in Harrisonville.

Anita had been employed at the Colonial Poultry Farms in Pleasant Hill and as a housekeeper in the area for many years. She loved to reminisce and talk about growing up in Boone County. She spent many hours on the phone sharing those memories and keeping in touch with family and friends. Her most favorite past times were watching "The Price is Right" and an occasional pedicure. Most notably she read the "Daily Bread" devotional every day and then would send it to one her family members who she thought would benefit from its meaning.

Anita was preceded in death by her parents, one son Danny Durham, and one sister Sharon Haeffner.

To order memorial trees or send flowers to the family in memory of Anita Golden, please visit our flower store.