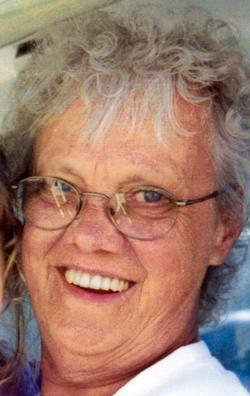 On May 3, 1957 she was united in marriage to Donald Lee "Barney" Barnhart in Kansas City, Missouri.

Betty had been employed as an office manager for several car dealerships in the Kansas City area including Rudy Fick Ford in Kansas City, and Adams Toyota in Belton. Following her retirement in 2002 she worked part time for Brant Farrar at Kwik Auto.

She was an active member of the Pleasant Hill Big Creek Baptist church and was a former Sunday school and Bible Study teacher. Her ministry included cross stitching American flags for active soldiers and veterans. She was an avid bowler, loved to fish, plant flowers and watch birds. Most importantly she enjoyed spending time with her family, especially her grandchildren.

Betty was preceded in death by her parents; one brother, Denny Patterson; and one sister, Sara Lynn.

Memorial contributions are suggested to the Barnhart Memorial Fund and may be sent in care of the funeral home.

To order memorial trees or send flowers to the family in memory of Betty Barnhart, please visit our flower store.