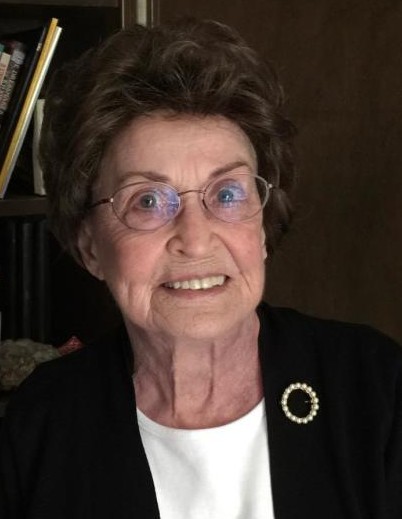 Betty graduated from Lee’s Summit High School in 1949.  She went on to earn a Bachelor of Science in Nursing at Union College in Lincoln, Nebraska,1954.  She continued her education earning a Masters in Public Health from Loma Linda University, Loma Linda, California.

On June 1, 1954, Bettymarried her college sweetheart, Martin Wayne Reynolds, in Kansas City, Missouri.  As newlyweds they moved to Loma Linda, California to begin their new life together, where Betty worked as a nurse.  Her first child, Martin, was born while they were living in California.  After Wayne completed medical school, they relocated to Arkansas.  Betty enjoyed helping Wayne with his medical practice as his office manager, nurse, and bookkeeper while further adding to their family, with the birth of their daughter, Lynne.Next they moved to Columbia, Missouri where Wayne completed an ophthalmology residency.  While in Columbia, Lowell was born.

In 1970 Betty moved with her young family to Pleasant Hill, Missouri, where shelived in the same house until her passing.  Wayne preceded her in death on October 20, 1981.

Betty worked as aregistered nurse and homemaker.  After raising her children, she was employed as Charge Nurse for the Kansas City Internal Revenue Service Health Clinicwhere she worked until her retirement in 1999.  She was a deeply spiritual woman and an active member of the Kingsville Seventh-day Adventist Church.  She enjoyed traveling, reading, bird watching, word puzzles, painting, and keeping a diary.Her diary includes a list of countries she visited: Canada, Mexico, China, Egypt, England, Scotland, Northern Ireland, Republic of Ireland, France, Germany, Belgium, Netherlands, Austria, Luxembourg, Liechtenstein, Portugal, Spain, Gibraltar, Switzerland, Italy, and Israel. Above all, though, Betty enjoyed reading her Bible and spending time with family and friends.

Visitation was held Monday, May 6, 2019, at the Stanley-Dickey Funeral Home, Pleasant Hill, Missouri.

To order memorial trees or send flowers to the family in memory of Betty Reynolds, please visit our flower store.