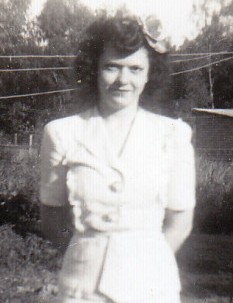 Betty Jean Withers, 89, of Harrisonville, was born May 4, 1928, in Pleasant Hill, the daughter of William and Lucy (Baldwin) Mitchell.  She departed this life, Monday, February 5, 2018, at her home surrounded with love and family.

Betty owned and operated her own video rental store while living in Mississippi. She had also worked for Lake City Army Ammunition Plant and alongside Bill as they traveled the country setting up new Wal-Mart Stores. She had also worked for the Barrow Sisters working Estate Sales. She was a member of the Pleasant Hill United Methodist Church.  She enjoyed going to Casino’s and going to Estate Sales.  She was a private person but very giving; she would do anything for anybody when asked.

She is survived by her niece and caretaker, Linda (and Robert) Cook of Freeman, and nephew and caretaker Gary and Laura Mitchell of Harrisonville; other relatives and friends.

The family would like to say thank you to Serenity Hospice for all the care and compassion they gave to Betty.

Cremation has been accorded. Private services and interment were held in the Pleasant Hill Cemetery.

Memorial contributions are suggested to the Rett Syndrome Trust and may be sent in care of the funeral home.

To order memorial trees or send flowers to the family in memory of Betty Withers, please visit our flower store.