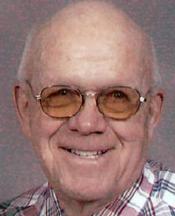 Bill was a United States WWII Army Veteran serving in the Southern Pacific Theatre of operations. He began his service at Fort Warren, Wyoming where he served in the last Cavalry the Army would have prior to being deployed to the Southern Pacific. He was thrilled to be a recent Honor Flight member and to see the World War II Memorial. He was particularly touched that there was final recognition of those who did not come home.

On October 6, 1957, he was united in marriage to Dr. Alice Marsh in Kansas City, Missouri. They made their home in Pleasant Hill until 2010 when they moved to Fulton, Missouri . Alice preceded him in death on April 5, 2012.

Bill was employed as a Senior High School Teacher and had served in the Strasburg, Lone Jack, and Raymore-Peculiar school districts. He retired in 1982. He was a lifelong learner and an avid student of history. He remained interested in current events, world politics and continued to educate others up until his last days of life.

In addition to his passion to learn and educate others, he had a great love of the outdoors. In his retirement, he spent many happy hours at Truman Lake fishing for crappie. He loved to visit national parks and bring history to life by visiting museums and civil war battlefields across the United States.

He was also preceded in death by his parents; one brother, James Garrison; and one sister Hazel Hopper.

Cremation has been accorded. Inurnment will be in the Pleasant Hill Cemetery at a later date.

Memorial contributions are suggested to the Pleasant Hill Historical Society and may be sent in care of the funeral home.

Please click here to view the video tribute
To order memorial trees or send flowers to the family in memory of Bill Garrison, please visit our flower store.