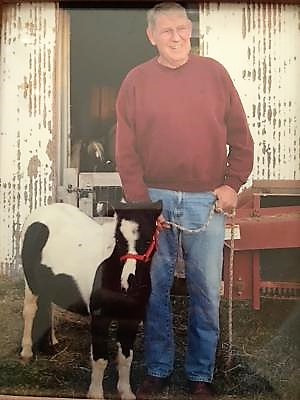 William Richard “Bill” Sloan, 81, of Joplin, Missouri, formerly of Pleasant Hill, was born, October 11, 1939, in the Big Creek Township, near Pleasant Hill, the son of Patrick W. and Ruth M. (Clawson) Sloan.  He departed this life, Saturday, October 24, 2020, at the Joplin Heath and Rehab Center.

Bill was a 1957 Pleasant Hill High School graduate.  Following high school he proudly served in the United States Navy from 1957 to 1961.

Bill was preceded in death by his parents and two brothers, Carl Sloan and Loren Sloan.

He is survived by his wife Debra of Joplin; one son, Brian (and Phil Jacobson) of Richardson, Texas; two stepsons, Jamie Albrecht of Surprise, Arizona, and Damion (and Gloria) Bright of Phoenix, Arizona; three sisters, Joyce (and Bill) Windes, Kay (and Jay) Sanders, and Phyllis (and Richard) Hedges, all of Pleasant Hill; other relatives and friends.

Memorial contributions are suggested to the Joplin Humane Society and may be sent in care of the funeral home.

To order memorial trees or send flowers to the family in memory of Bill Sloan, please visit our flower store.