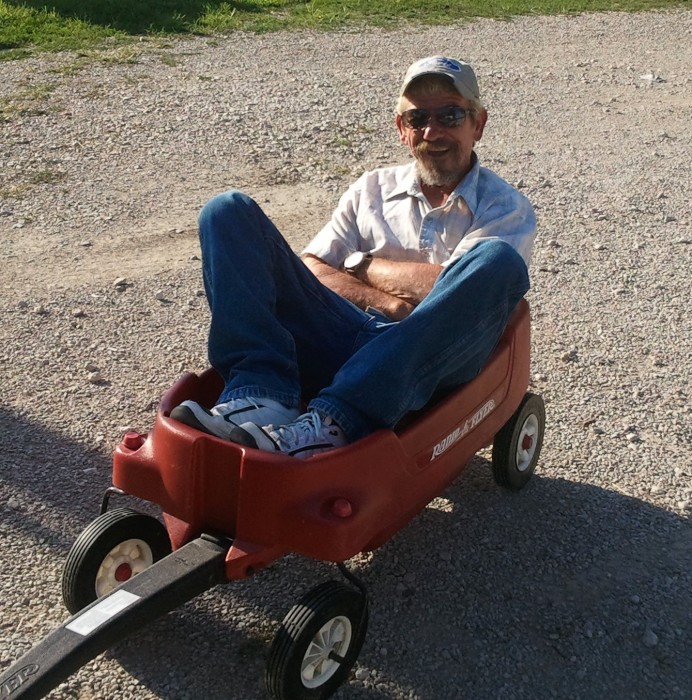 Billy Earl Burns, 63, of Pleasant Hill, was born, December 20, 1953, in Sikeston, Missouri, the son of Fred L. and Opal (Freeman) Burns.  He departed this life, December 25, 2016, at the Pleasant Hill Health & Rehabilitation with his brother Johnny at his side.

Billy had been employed by Helt's Turf Farms his entire life until failing health forced him into early retirement in 2014.  In his free time he loved fishing, singing, playing guitar; he  especially loved spending time with his family and friends.

Billy was preceded in death by his parents; and three brothers, Donald Burns, Tommy Burns, and David Burns.

He is survived by his long time friend, Vianna Baker, of Pleasant Hill; his children, Billy Jr. (and Sonya), Tisha Burns, Roxanne Burns, and Tabitha Burns; one brother, Johnny (and Donna) Burns of Peculiar; three sisters, Edna (and Wayne) Eaton of Morehouse, Missouri, Phyllis Burns and Millie (and Mike) Cullum, both of Parma, Missouri; 5 grandchildren; 3 great grandchildren; other relatives and friends.

Click to download / open
To order memorial trees or send flowers to the family in memory of Billy Burns, please visit our flower store.