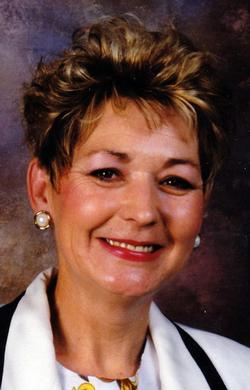 She is survived by her parents, John and Lillian Miller of Pleasant Hill; one son Donnie ( and fiancAC. Christin Bohrsch) Ferguson of Springfield, Missouri; two daughters, Tina (and Gerald) Bender of Higginsville, and Rhonda Sue Ferguson of Pleasant Hill; two step-daughters, Terri Phillips of Mission, Kansas and Cristy (Steve) Chu of Kansas City; 1 brother, Thomas Miller of Carbondale, Illinois; 1 sister, Mary Ann (and Buddy) Lathrup of Lawrence; 10 grandchildren; 2 great grandchildren, other relatives, and host of many friends. She is also survived by her faithful dog, Leon.

Bobbi was employed at Gerbes for over 20 years. Her favorite position was being the Bakery Manager. She also was a waitress at Bob's CafAC. and was a manager at Hardee's. She was a top Mary Kay Rep in Pleasant Hill for many years. Her hobbies included crafting, DIY home improvements, decorating cakes, and making dolls. She attended the Episcopalian Church in Harrisonville and later attended Grace United Methodist in Higginsville.

Memorial contributions are suggested to the Pleasant Hill Meal on Wheels or the Ryun Relay Team both can be sent in care of the funeral home. Ryun Relay Team of Lafayette County represents the American Cancer Society and Bobbi's granddaughter Kimberly Bender is a member of this team.

The family would like to say thank you to Dr. Daljeet Singh and his staff, as well as the Lafayette county Regional care center for their outstanding care.

To order memorial trees or send flowers to the family in memory of Bobbi Rutter, please visit our flower store.