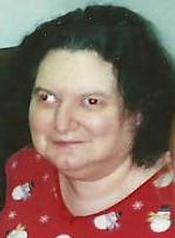 Brenda Louise Fiore, 61, of Harrisonville, Missouri, was born Monday, October 8, 1951, in Kansas City, Kansas, the daughter of Daniel Carl and Hazel Ethel (Parker) Fiore. She departed this life a t 7:58 p.m. on Monday, December 24, 2012, at the Cass Regional Medical Center.

She was a 1969 Lee's Summit High School Graduate.

Brenda spent the early years of her life in the Lee's Summit area, later moving to Carthage. In recent years she resided at the Golden Years Nursing Home in Harrisonville, where she was a favorite to many of the residents and staff. She will be missed by all of her friends there.

Brenda was preceded in death by her parents.

She is survived by two sisters Krista (and Clifford) Kirk of Pleasant Hill, Missouri and Lillian Click of Grandview, Missouri ; three nephews Eric Click and Bobby Glick of Grandview, and Jim Fiore of Gladstone, Missouri; one niece Cherie Fiore of Dalhart, Texas; several great nieces and nephews; other relatives; and friends.

Cremation has been accorded. Private family services will be held in the Belton Cemetery at a later date.

To order memorial trees or send flowers to the family in memory of Brenda Fiore, please visit our flower store.