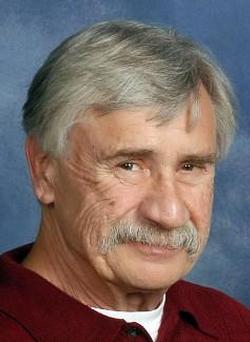 He was employed as an IT Manager for the Sprint Corporation retiring in 2007. He was a member of the St. Bridget Catholic church where he enjoyed singing in the choir and was active in the Knights of Columbus Council #13113. Carl was also a member of the American Legion Post #243 in Galin, Ohio. His hobbies included playing guitar, golfing, bowling, tennis, and bicycling. He most enjoyed spending time with his family.

Carl was preceded in death by his parents; one daughter Victoria Loren; and two brothers, Richard Schuster and David Schuster.

The Recitation of the Rosary was held Sunday, February 15, 2015, followed by visitation at the funeral home.

Mass of Christian Burial was held Monday, February 16, 2015, at the St. Bridget Catholic Church. Monsignor Robert Murphy officiated. Full military honors were conducted by the U.S. Air Force and the Pleasant Hill V.F.W. Post #3118 Honor Guard. Cremation was accorded following the service. Inurnment will be in the Oakwood Cemetery, Bucyrus, Ohio at a later date.

Memorial contributions are suggested to the Knights of Columbus Council #13113 and may be sent in care of the funeral home.

To order memorial trees or send flowers to the family in memory of Carl Schuster, please visit our flower store.