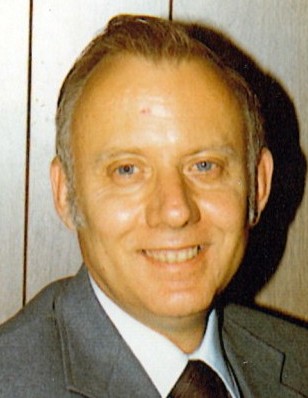 Charles Henry “Eli” Elias, Sr., 84, of Pleasant Hill, was born, May 22, 1933, in Hays, Kansas, the son of Henry J. and Minnie L. (Meyer) Elias.  He had been in declining health for several years and departed this life, Sunday, November 17, 2017, at the Carnegie Village Healthcare Center, Belton, surrounded with love and family.

He was a United States Army Vietnam War veteran proudly serving from 1953 to 1967.

Eli was employed as an Assemblyman for the Ford Motor Company, Claycomo Plant.  He and his wife Christine also owned and operated Wick’s Tropical Fish at 3807 Troost in Kansas City.   He loved fishing and carving figurines out of wood.  He took up oil painting later in life and enjoyed sharing his love of crafts with others.

Eli was also preceded in death by his parents and one daughter, Susanne Taylor.

He is survived by four sons, Steve Wickham of Higginsville, Robert H. (and Deborah) Elias, and Charles “Chuck” (and Sherry) Elias, both of Pleasant Hill, and David (and Connie) Wickham of Raymore; two daughters, Patricia Drake of Independence, and Charlotte (and John) Helmer of Pleasant Hill; his brother Bill Elias of Belle Vista, Arkansas; 11 grandchildren; 7 great grandchildren; other relatives and friends.

The family would like to thank the staff at Carnegie Health and Rehab for all the love, compassion, and care they showed their father.

Funeral services were held Friday, November 24, 2017, at the funeral home.  Cremation was accorded following the service. Graveside military services and inurnment will be in the Pleasant Hill Cemetery at a later date.

Memorial contributions are suggested to Heartland Hospice and may be sent in care of the funeral home.

To order memorial trees or send flowers to the family in memory of Charles Elias, Sr., please visit our flower store.