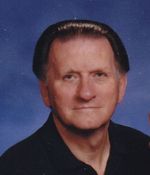 Charles R. Willis, 70, of Excelsior Springs, Missouri, was born Friday, February 9, 1940 in Sayre, Oklahoma, the son of the late William Raymond and the late Leona Estelle (Reed) Willis. He departed this life on Tuesday, April 13, 2010 at his home.

On November 22, 1990 Charlie was united in marriage to Lena (Walker) Gray in Harrisonville, Missouri. She survives of the home.

He and Lena loved to travel and had visited all 50 states and several countries. He also enjoyed going to car shows; as he enjoyed classic cars and reminiscing with his Ford buddies.

Charlie was never blessed with his own children, but he treasured the time he spent with his step-grandchildren Brandon and Bianca Gray.

Cremation has been accorded and at his request no services are scheduled. Inurnment will be in the Staley Mound Cemetery near Pleasant Hill at a later date.

Memorial contributions are suggested to the D.A.V - Disabled American Veterans, and may be sent in care of Dennis Joyner, P.O. Box 14301, Cincinnati, Ohio 45250-0301

Please click here to view the video tribute
To order memorial trees or send flowers to the family in memory of Charles Willis, please visit our flower store.