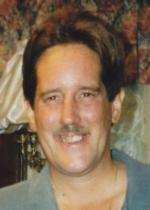 Chris fell in love and soon wed Linda Carswell on January 14, 1984, creating a safe and prosperous home for their sons, Courtney and Charles.

Chris was a member of the Chamber of Commerce in Lee's Summit. Working at The Journal as a reporter, news editor, and editor, and then director of public affairs for the city of Lee's Summit. Chris provided for his family to the best of his abilities, always with a smile. As a caring father and brother to his family and affectionate husband to his wife, Chris was loved tenfold throughout his life. Chris was known well for his sense of humor and carefree personality; he was always ready to tell a joke.

He was preceded in death by his parents and one infant son Cal James Brewer in November 1985.

He is survived by his wife Linda of the home; two sons Courtney Brewer (and Nikki Rice) of Seattle, Washington and Charles Brewer (and Stacy Hill) of Springfield, Missouri; two brothers Tim Brewer of Kansas City, Missouri and Michael Brewer of Merced, California; one surrogate daughter Kristen Thomas of Charleston, South Carolina, other relatives and a host of many, many friends.

To order memorial trees or send flowers to the family in memory of Christopher Brewer, please visit our flower store.