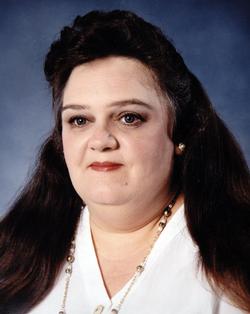 On July 2, 1974, Christy was united in marriage to Daniel Francis Weimar in Kansas City, Missouri.

She had been employed as the Sea Food Manager and Produce Manager for Ball's Price Chopper. She loved to crochet, make jewelry, sew, read, and do crossword puzzles.

She was preceded in death two sisters Bobbie Scribner and Connie White.

She is survived by her husband Dan of the home; one son William J. Weimar of Hannibal, Missouri; one daughter, Tina M. Emond, of Harrisonville; two sisters, Lana Inman of Kansas City, Missouri, and Sandra Linton, of Oakhurst, California; other relatives and friends.

Cremation has been accorded. The family will host a memorial gathering on Sunday, March 29, 2015, the Jamison Home, 16924 S. Graham Rd, Pleasant Hill.

Memorial contributions may be directed to the family.

To order memorial trees or send flowers to the family in memory of Christy Weimar, please visit our flower store.