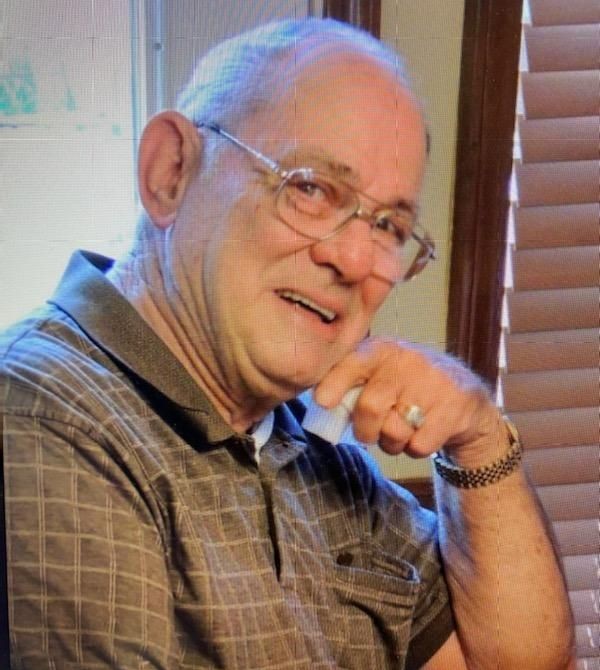 Connell Leo Ederer, 87, of Pleasant Hill, Missouri, was born, January 21, 1935, near Doniphan, Missouri, the son of Joseph Leo and Margaret Sally (Straatman) Ederer.  He departed this life, Tuesday, February 8, 2022, at the St. Luke’s Hospice House in Kansas City surrounded with love and family.

Connell was a 1953 Doniphan High School graduate where he held the record for leading scorer in basketball for nearly forty years.  Following high-school he served in the Missouri National Guard.

Connell was employed as a typesetter for the Doniphan Prospect news, then for the Pleasant Hill Times from 1960 to 1968, later for the Kansas City Star and Unity Village.  In the mid 1970’s he purchased the Town & Country Express Trucking Co where he worked as the owner/operator. He worked for the Country Creek Golf Club from 1992 to 2012.  He attended the St. Bridget Catholic Church in Pleasant Hill.  Connell enjoyed golfing, anything to do with sports, and a good round of poker.  He especially enjoyed attending all his children and grandchildren’s sporting events, rarely missing their games.

Connell was preceded in death by his parents; one brother, Nick Ederer; one sister, Sarah Jane Ederer; and his daughter, Sara Lynn Ederer on July 5, 1971.

In lieu of flowers, memorial contributions to The Pleasant Hill High School Athletic Fund are suggested and may be sent in care of the funeral home.

To order memorial trees or send flowers to the family in memory of Connell L. Ederer, please visit our flower store.