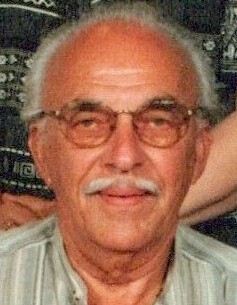 Dale Vertoe McClintock, Sr., 88, lifelong resident of Pleasant Hill, was born, July 31, 1930, in Lone Jack, the son of Guy and Frances (Clark) McClintock.  He departed this life, Tuesday, April 2, 2019, at the Crown Care Center in Harrisonville surrounded with love and family.

Dale was a 1948 Pleasant Hill High School graduate and proudly served in the United States Air Force from 1948 to 1952.

On May 6, 1953, Dale was united in marriage to Alice Bates in Harrisonville.  To this union four children, Cheryl, Dale Jr., Cathy, and Carrie were born.  They later divorced.

Dale was preceded in death by his parents; and his two brothers, Ray McClintock and Clark McClintock.

Memorial contributions are suggested to Meals on Wheels or the Pleasant Hill Historical Society and may be sent in care of the funeral home.

Online condolences may be sent the family at www.stanleydickeyfuneralhome.com

To order memorial trees or send flowers to the family in memory of Dale McClintock, Sr., please visit our flower store.