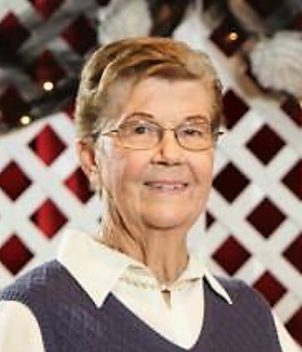 Darlene Joyce Hackerott, 79, of Lee’s Summit, Missouri, was born, February 4, 1938, in Madison, South Dakota, the daughter of Elmer C. and Caroline (Sommers) Uthe.  She departed this life, Wednesday, April 19, 2017, at the Pleasant Hill Health and Rehabilitation Center, surrounded with love and family.

On August 9, 1955, she was united in marriage to Edward H. Hackerott in Madison, South Dakota.

Darlene was a homemaker.  She was an active and devoted member of the Lutheran Church; volunteering extensively in the various church children’s programs.   She was a member of the Beautiful Savior Lutheran Church, Lee’s Summit.  She and Ed were avid travelers, traveling the entire United States in their 5 th wheel.  She loved spending time with her children, grandchildren and great-grandchildren.

Darlene was preceded in death by her parents; two brothers, Bob Uthe and Alvie Uthe; and two sisters, Rosie Haak and Donna Hupp.

A celebration of her life was held Monday, April 24, 2017, at the Beautiful Savior Lutheran Church.  Reverend Jon Gruen officiated.

Memorial contributions are suggested to Beautiful Savior Lutheran Church Children’s Ministry and may be sent in care of the funeral home.

Online condolences may be sent to the funeral home at www.stanleydickeyfuneralhome.com

To order memorial trees or send flowers to the family in memory of Darlene Hackerott, please visit our flower store.