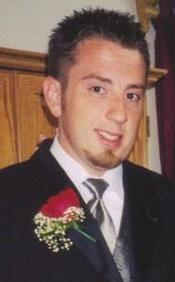 He graduated from Harrisonville High School in 1995, where he was Wrestler of the Year. He graduated with an Associate's Degree from Electronics Institute, Kansas City, MO. Dean worked as a Foreman for Mead Ceilings, Inc.

Passions in Dean's heart included motocross racing, ultimate fighting, four-wheeling, hanging out with friends, and the love of his life, his daughter, Lydia. Dean was a dynamic, free-spirited individual that lived life to its fullest; he will be dearly missed.

A Celebration of Life Service was held Sunday, September 18, 2011 at 4:00 p.m. at the Dickey Funeral Home, Garden City, Missouri. Cremation.

Family will received friends Sunday, September 18, 2011 at the funeral home.

Family suggest that memorial contributions may be made to the Dean G. Jones II Memorial Fund.

Please click here to view the video tribute
To order memorial trees or send flowers to the family in memory of Dean II, please visit our flower store.