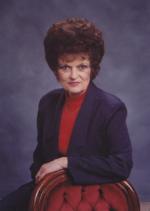 Deanna was united in marriage to James Arvil Massey in Gadsden, Alabama. He preceded her in death on October 22, 1987.

Deanna loved her family and friends, and was looked upon as being one of the most fun filled women that was loved by many. She was a wife, a mother, a sister, a grandmother, and a great grandmother. She loved her grandsons, Jimmy and Wayne, and doted on everything that they did. Friends could ask her about what was going on with her grandsons, and she would always have a smile on her face when she was discussing the new car that Jim bought, or the great job that Wayne did while painting her house. Deanna would always lend an ear to Jimmy, as he would give her stories of love, laughter, and tears. She was an incredible friend, a loving mother, and a wonderful grandmother.

She was also preceded in death by one brother Phillip Oftedahl; and two sisters, Faye Everding and Jennie Lappe.

Please click here to view the video tribute
To order memorial trees or send flowers to the family in memory of Deanna Massey, please visit our flower store.