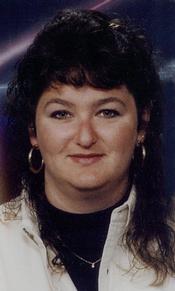 Debbie Lynn Bell, 41, of Haslet, Texas, formerly of Pleasant Hill, Missouri was born Thursday, December 11, 1969 in Kansas City, Missouri, the daughter of Gilbert Donald and Eva Christine (Vancil) Bell. She departed this life at 1:10 p.m. on Monday, September 19, 2011 at her home in Haslet.

Debbie was a 1987 graduate of Pleasant Hill High School. She was the Vice President of Customer Service and Inside Sales for Tucker Rocky Distributing in Fort Worth, Texas.

She was preceded in death by her father Donald Bell on December 26, 2009.

Locally a Celebration of Debbie's life was held Saturday, October 1, 2011, at the funeral home, where visitation was held one hour prior to the service. Reverend Carl Knapp of the Pleasant Hill United Methodist Church officiated.

A second Celebration of Life was held Friday, October 7, 2011, at the Circle-R-Ranch in Flower Mound, Texas.

Memorial contributions are suggested the American Cancer Society and may be sent in care of the funeral home.

To order memorial trees or send flowers to the family in memory of Debbie Bell, please visit our flower store.