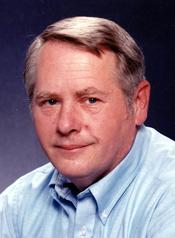 Dennis Wayne Schmidt, 63, of Harrisonville, was born Monday, January 2, 1950, in El Dorado Springs, Missouri, the son of Wilbern Wayne and Anna Frances (Hlavacek) Schmidt. He departed this life Monday, April 22, 2013, at his home.

Dennis was a proud 1968, Pleasant Hill High School graduate. He was a United States Navy Veteran; spending eight years serving his country as an electrician aboard Naval Nuclear Submarines .

In 1978, he was united in marriage to Francine Stephenson in Harrisonville, Missouri. They later divorced but he remained in close contact with his three step-daughters Charity, Faith, and Hope.

Following high school he was employed as a lineman for the United Telephone Company in Harrisonville; later working for his uncle, Donald Schmidt, as a roofer, also in Harrisonville. He moved to Texas and worked as a Quality Assurance Inspector for the Comanche Nuclear Power Plant. After he returned from Texas in 1997, Dennis went to work as a Loan Officer for the Total Mortgage Company; he was currently employed at New Day Financial in Harrisonville.

He was an active member and current Treasurer of the Cass County Elks Lodge #2791. In his spare time he enjoyed fishing, mushroom hunting, playing cards, and golfing. Foremost he loved family gatherings and spending time with friends. He was a member of the Strasburg Baptist Church.

Dennis was preceded in death by his father.

He is survived by his mother Anna Frances Barker of Pleasant Hill; three step-daughters Charity (and Greg) Rector of Urich, Faith (and Billy) Sherman of Freeman, and Hope Mason of Harrisonville; one brother Rodney (and Maureen) Schmidt of Archie; one sister Marcella (and Billy) Ellifrits of Pleasant Hill; one half-Sister Julie (and Drew) Mowen of Willard; one step-sister Windy (and Chris) Minshall of Lee's Summit; his step-mother Carolyn Schmidt of Lee's Summit; several step grandchildren; several nieces and nephews; several great nieces and nephews; many other relatives; and a host of many friends.

Visitation was held Friday evening at the funeral home.

Memorial contributions are suggested to the Cass County Elks Lodge #2791 and may be sent in care of the funeral home.

To order memorial trees or send flowers to the family in memory of Dennis Schmidt, please visit our flower store.