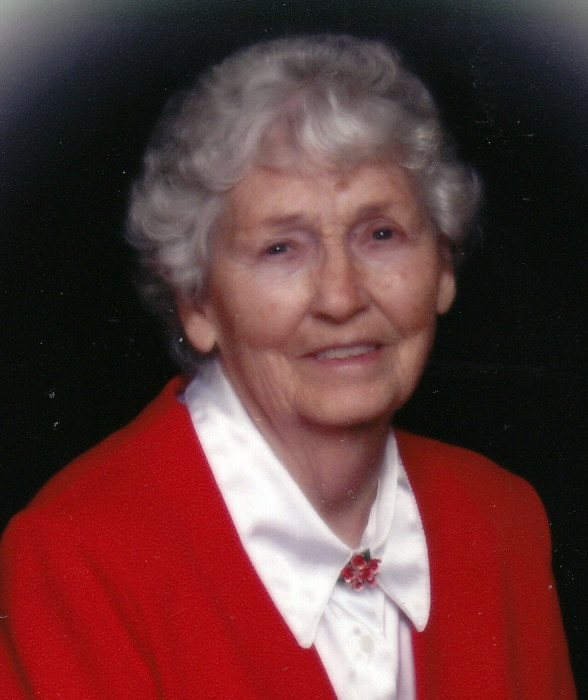 Dorothy Anne Springer, 92, of Pleasant Hill, was born June 16, 1925, in Greenwood, the daughter of John and Catherine (Bunnell) Porter.  She departed this life Sunday, January 7, 2018, at Crown Care Center, Harrisonville.

Dorothy grew up on a small farm near Greenwood. She shared many interesting stories about growing up, and hunting and fishing stories with her older brothers.  She started working when she was 12 years old to help pay for school clothes and school supplies.  She finished 3 years of high school and later earned her GED the same day her youngest child graduated from high school.

On February 22, 1942, she was united in marriage to Amos Glover Springer in Archie, Missouri.  They were married 61 years until his death on June 5, 2003.  Together they operated a grain and dairy farm, in the Wingate community southeast of Pleasant Hill, for most of their married life.  They lived a short time in San Diego, California.

She liked to draw, paint, do ceramics, and especially piece quilts. She pieced an estimated 300 quilts over her lifetime, with family and friends receiving many of them as gifts. She collected antiques of all kinds and enjoyed displaying them in her home.  She was an avid gardener raising a very large vegetable garden when her family was young. She canned hundreds of quarts of fruits and vegetables every summer.  In later life her garden and yard were always overflowing with flowers, as well as her home.

The Springer family, including all the grandchildren at that time, was in many local parades for, many years, starting in the Bicentennial year 1976.  They were known as the “Pioneer Family” starting with a covered wagon and team of draft horses the first year; later using different themes always involving a team and wagon.  Dorothy was the inspiration and came up with all the ideas for decorating the wagon and the costumes.  The first year was based on an actual journey Dorothy’s mother made in 1878.

Memorial contributions are suggested to the Staley-Mound Cemetery and may be sent in care of the funeral home.

To order memorial trees or send flowers to the family in memory of Dorothy Springer, please visit our flower store.