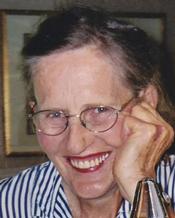 Eleanor Ruth Groll, 77, of Pleasant Hill, Missouri, was born Saturday, September 9, 1933 in Strasburg, Missouri, the daughter of Frank Samuel and Willard Josephine (Brain) Norton. She departed this life at 7:13 a.m. on Sunday, August 28, 2011 at the Kansas University Medical Center surrounded with love and family.

On May 16, 1954, Eleanor was united in marriage to Norman Lee Groll at the Norton home in Pleasant Hill. He preceded her in death on December 6, 2004.

Eleanor was a homemaker, full time farmer and a wonderful mother. She was a member of the Pleasant Hill First Christian Church.

Memorial contributions are suggested to the First Christian Church Building Fund or the Smile foundation and may be sent in care of the funeral home.

Please click here to view the video tribute
To order memorial trees or send flowers to the family in memory of Eleanor Groll, please visit our flower store.