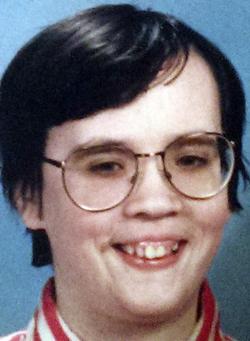 Emily was a 1996 Pleasant Hill High School graduate. She had been employed as a Bookkeeper and Sales clerk for their family business, Gray's Hardware. She loved to read, work crossword puzzles, and playing games on her laptop. She was especially fond of music; Elvis and Taylor Swift were her favorites. She was a member of the Pleasant Hill First Baptist church.

She is survived by her mother, Jessie Gray of Lee's Summit; one brother Stephen Gray of Grain Valley; 4 nieces and nephews, Landry Gray, Emerson Gray, Alyson Williams, and Brady Gray; her special aunt and uncle Bill and Geraldine Hill, of Lee's Summit; other relatives and friends.

In lieu of flowers memorial contributions may be directed to the family and may be sent in care of the funeral home.

To order memorial trees or send flowers to the family in memory of Emily Gray, please visit our flower store.