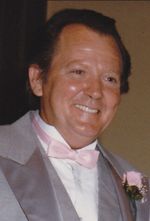 On June 5, 1965, Eugene was united in marriage to Linda J. Tinoco in Kansas City, Missouri. He was a loving husband, father, grandpa, brother and friend.

Eugene was employed as a Sheet Metal Worker specializing in welding, and retired in 2003. He was a proud local #2 member.

He had a passion for the outdoors and he loved good food. As a hobby he enjoyed working with his cattle.

He was a devoted member of the Pleasant Hill Church of Christ; and though not feeling well, still attended church this past Sunday March 28, for the last time. His advice to all would be to "Keep going to church!" Eugene believed with all of his heart that Jesus was God's son.

Memorial contributions are suggested to the American Heart Association and may be sent in care of the funeral home.

Please click here to view the video tribute
To order memorial trees or send flowers to the family in memory of Eugene McDavitt, please visit our flower store.