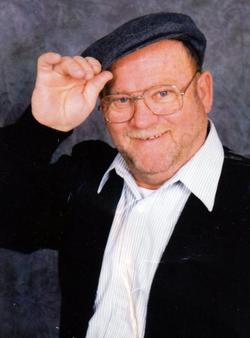 Frederick Vance Kornis, 83, of Pleasant Hill, Missouri passed into the presence of God on Monday, March 2, 2015, at 11:00 a.m. fully surrounded by love and his family. He was born on October 24, 1931, in Kansas City, Missouri, the son of George Arthur and Mary Belle (Capell) Kornis. In 1949 he was united in marriage to Mary Ellen Bass in Kansas City, Missouri and from this union was born unto him three sons, they later divorced. As a single parent in the 1960's Fred raised his sons on his own with the help of God and with the love and support from his brothers and sisters. On October 26, 1991, he was united in marriage to Margaret Mary (Knipp) Bowlin and has spent the past 24 years enjoying each other's company and companionship.

Fred was a member of the IBEW Local Union #124 for over 40 years as a stockman driver and assisted in completing many projects including the Callaway Nuclear Power Plant near Fulton, Missouri. He was known for his wit and humorous character, he was always the prankster. He was a great man who worked hard all of his life. He was a deeply honest and thankful person. One of his many passions was gardening, planting tomatoes and working the earth was something he looked forward to every spring and summer. He also enjoyed working with wood and making many projects for his children and grandchildren.

Fred was preceded in death by his parents and three sisters, Rosalie Grabb, Norma Bagley, and Bertha Shugart.

In lieu of flowers the family asks memorial contributions be made to Harvesters and/or H.I.M. Ministries.

To order memorial trees or send flowers to the family in memory of Frederick Kornis, please visit our flower store.