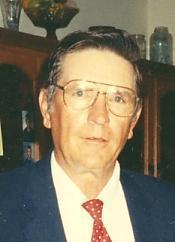 Gary graduated from Latour High School in 1954 and soon after served in the army for two years. He then moved to Chicago, IL where he learned his trade as a brick mason. On December 30, 1956, Gary married Carol Juedes in Gunn City, MO. He was a well-known and respected masonry contractor, retiring in 1987.

He volunteered around the Kingsville community for many years in different capacities. Gary was the Kingsville mayor, a member of and president of the Kingsville School Board, deacon at the Kingsville Baptist Church, Little League baseball coach, taught wood working in 4-H, and was a very avid Kingsville sports fan, earning a special award as fan of the year.

Besides his parents, he was preceded in death by his brother Winford Leslie; two sisters Lulu Carnes and Wanda Sehorn; and daughter D'Ann Shull.

Family suggests memorial contributions may be made to the Kingsville Baptist Church Building Fund.

To order memorial trees or send flowers to the family in memory of Gary Leslie, please visit our flower store.