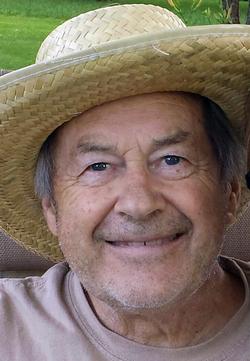 George Lee Cleveland, 75, of Pleasant Hill, was born February 5, 1939, in Independence, the son of Charles Perry and Mildred Loriane (Smith) Cleveland. He departed this life at 2:10 a.m. Sunday, November 23, 2014, at the Kansas City VA Hospital surrounded with love and family.

George was a 1958 Lee's Summit High School graduate. He as a proud United States Navy Veteran serving from 1958 to 1962 and was involved in the Bay of Pigs Invasion.

George was employed as a Maintenance Engineer for St. Luke Hospital in Kansas City retiring in 2006. He was a member of the International Union of Operating Engineers Local #101 and a proud member of the Veteran's of Foreign Wars Post #3118, Pleasant Hill.

His hobbies included knitting, crocheting and whittling; especially walking sticks. He was also known as the "Pie Man" as he was well known for his pie making skills.

George was preceded in death by his parents.

Cremation has been accorded. A memorial service will be held at a later date.

Memorial contributions are suggested to the V.F.W. Post #3118 Veterans Relief fund and may be sent in care of the funeral home.

To order memorial trees or send flowers to the family in memory of George Cleveland, please visit our flower store.