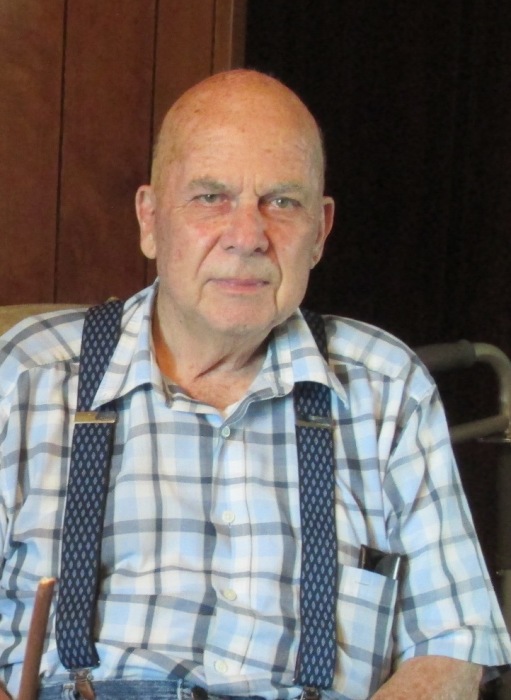 George Patrick (Saki) Gress, 83, of Kansas City, MO passed away on July 4, 2017 at the Missouri Veterans Home in Warrensberg, MO from pneumonia as a complication from Lewy Body Dementia.

He married K’Lynne Clements on June 11, 1960 at the Sts Peter and Paul Catholic Church in Seneca, KS. They resided in KCMO their entire married life where they raised their 3 children and celebrated their 57th wedding anniversary.

George enlisted in the US Army (1956-58) and served most of his tour in Germany. He was a carpenter and retired from Walter L. Monroe Construction Company in 1991. He was a member of the Saint Catherine of Siena Catholic Church of KCMO for 56 years.

George was preceded in death by his parents George and Rose Gress, and sisters Mildred McCaffrey and Rosemary Olberding.

A Rosary was held, followed by a visitation from a Mass on Monday, July 10, 2017 at the St. Catherine Siena Catholic Church, Kansas City, Missouri Inurnment: Saints Peter and Paul Catholic Cemetery, Seneca, Kansas.

In lieu of flowers, memorial donations may be sent to the Lauer Funeral Home 212 S. 4th Street, Seneca, KS 66538 for the Missouri Veterans Home at Warrensburg or Crossroads Hospice Care, Kansas City MO.

Services are under the care of Stanley-Dickey Funeral Home, Pleasant Hill, Missouri.

To order memorial trees or send flowers to the family in memory of George Gress, please visit our flower store.