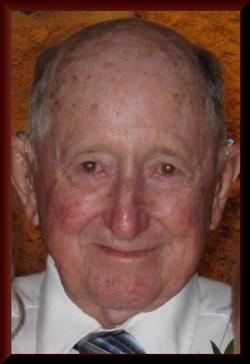 Granville Claude Hackett, 91, of Strasburg, Missouri, was born July 31, 1922, in Hamilton, Missouri the son of Claude Aines and Virginia Mae (Rogers) Hackett. He departed this life Tuesday, July 22, 2014, at his home in the countryside of Strasburg.

Granville was a 1940 Avalon High School graduate. He was a WWII United States Navy Veteran and was honorably discharged on September 11, 1945.

On January 11, 1945, he was united in marriage to Rachel Armelda Johnston in Long Beach, California. She preceded him in death on July 9, 2006.

Granville was employed as Postmaster in Strasburg where he served for 39 years. He also farmed along with his wife Rachel on their family farm south of Strasburg for over 60 years. He was an active member and deacon of the Strasburg Union Church and an active member of the Gideons. Granville was also a proud founder of Mama's Place, an orphanage in Haiti. He especially cherished the time he spent with his grandchildren and great grandchildren.

Memorial contributions are suggested to the Strasburg Cemetery, the Strasburg Union Church or Gideons and may be sent in care of the funeral home.

To order memorial trees or send flowers to the family in memory of Granville Hackett, please visit our flower store.