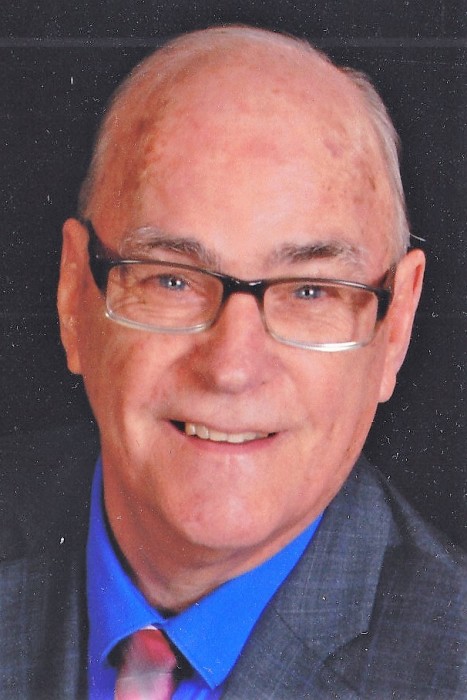 Harry was born and raised on a farm in Furley, Kansas in rural Sedgwick county.  He was the second of four children born.  He was a 1959, Whitewater Kansas High School graduate.

He married the love of his life Aline Rowland on October 6, 1962, in Wichita, Kansas. Together they raised 3 children and, later in life, enjoyed being part of their 4 grandchildren’s lives.

Harry left the farm to go to business school at Wichita Business College and then took a job with Sutherland Lumber Company in Wichita at the age of 19.  His career in the lumber business took him from Wichita, to Blue Springs, Missouri, Liberty, Missouri,  Denver, Colorado, Clearwater, Kansas, Shawnee, Oklahoma, Sedalia, Missouri and finally back to Blue Springs and Sutherlands,  where he retired at the age of 74 in June 29, 2017.

Harry had served on the Clearwater,Kansas, Unified School District #264 Board of Education. He was an active member of the First United Methodist Church, Blue Springs.  He loved watching basketball and was an avid Dallas Cowboys fan.

A caring and compassionate person, Harry was beloved by many. His true devotion in life was to his family and his church.   Harry’s  memory will live on forever in the hearts of those who were lucky enough to call him Husband and Dad:  his wife of almost 56 years Aline Eilert, of the home; three children, Chad (and Gail Staples) Eilert of Olathe, Kansas, Todd (and Tandi) Eilert of Yukon, Oklahoma, and Tricia (and John) Beaman of Pleasant Hill, Missouri; 4 grandchildren, Mackenzie Beaman, Drake Beaman, Reagan Beaman,all of Pleasant Hill and Kelsey Eilert of (Olathe, Kansas);  two sisters, Mary Eilert Berg-Myers of Wichita and Harriett (and John) Shaw, of Osawatomie, Kansas; other relatives and friends.

He was preceded in death by his parents; an infant son Wade; an infant granddaughter Katelyn; and his brother Bob Eilert.

A memorial service will be held 2:00 p.m. Sunday, September 30 at the First United Methodist Church in Blue Springs, Missouri.

The family will receive friends from 1:00 p.m. until service time.

In lieu of flowers, memorial contributions are suggested to the First United Methodist Church of Blue Springs or the Three Rivers Hospice organization of Blue Springs, Missouri and may be sent in care of the funeral home.

To order memorial trees or send flowers to the family in memory of Harry Eilert, please visit our flower store.