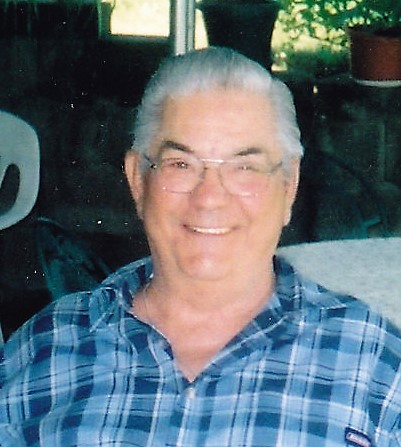 Bud attended and graduated from the Mark Twain School in Kansas City at an early age. At the age of 17 he joined the Navy, proudly serving as a Fireman on the USS Antietam, USS Yog, and the USS Comstock.  He was awarded the Good Conduct Medal, WW II Victory Medal, and the Asiatic Pacific Medal.

Bud was employed as a Union Truck Driver for ABF for 40 years retiring in 1991.  He enjoyed fishing and tinkering around on his small farm near Pleasant Hill.  He was a member of the Teamster Union Local #41 and the Pleasant Hill Big Creek Baptist Church.

Bud was preceded in death by his parents; two sisters; and 7 half brothers and sisters.

Memorial contributions are suggested to the Big Creek Baptist Church Building fund and may be sent in care of the funeral home.

To order memorial trees or send flowers to the family in memory of Harvey Monroe, Jr., please visit our flower store.