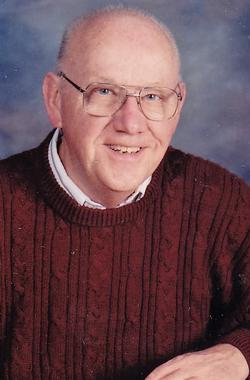 Howard Lee Collins, 80, of Pleasant Hill, was born March 13, 1936, in Pleasant Hill, the son of Lloyd and Elsie (Ferguson) Collins. He departed this life, Wednesday, April 27, 2016, at the Pleasant Hill Health & Rehabilitation center.

On June 30, 1960, he was united in marriage to Sandra Jean Douglas at the First Baptist Church in Pleasant Hill.

Right out of high school Howard was employed by Tilman Cloud at the Pleasant Hill Times as a Typesetter. Later he went to work for Neal/Settle Printing retiring in 2001 after 34 years with the company. He had been active with scouts serving as Cub Scout Leader for many years. He was a member of the Big Creek Baptist Church.

Funeral services were held Monday, May 2, at the funeral home.. Pastor Todd MacLean of the Big Creek Baptist Church officiated.

Memorial contributions are suggested to Ascend Hospice or the Big Creek Baptist Church and may be sent in care of the funeral home.

To order memorial trees or send flowers to the family in memory of Howard Collins, please visit our flower store.