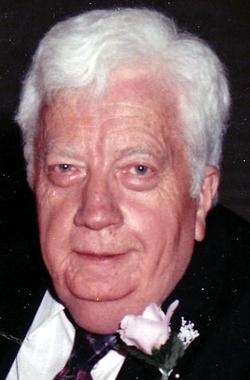 James Norman Prewitt, 85, of Windsor, Colorado, formerly of Pleasant Hill, Missouri, was born April 19, 1928, in Pleasant Hill, the son of James E. and Elizabeth (Mikkelsen) Prewitt. He departed this life Monday, March 10, 2014, at the Windsor Health Care Center, in Windsor, Colorado. He had been in declining health for several years.

Norman grew up in Pleasant Hill where he attended elementary school and two years of high school. He left school early for health reasons. He then farmed alongside his father and grandfather until 1951.

In April 1951, he joined the United States Army, and served in Germany until his discharge in March 1953. While serving in the army he earned his G.E.D.

After his time in the service he worked as a machinist for the Bendix Corporation in Kansas City, MO. from 1953 to 1965, then at J.R. Prewitt and Sons in Pleasant Hill, and later for RB Industries in Harrisonville, Missouri. He retired in 1990.

Norman first married Doris A. Kessler in 1951. To this union four boys were born: Mark, Joel, Richard, and David. Norman and Doris divorced in 1961. In 1965 Norman was united in marriage to Ida (Tolliver) Pearce. Ida preceded him in death in April 1991. In 1992 Norman married Marie McDuff of Divide, Colorado. He and Marie then made their home in Colorado. She preceded him in death in November 2010.

Norman enjoyed farm work and gardening. He planted a garden nearly every year, even while living in the Windsor Health Care Center. He loved growing and sharing his vegetables. He also enjoyed reading, watching the History Channel, the study of Handwriting Analysis, his dogs, and collecting miniature John Deere Tractors and other John Deere collectibles. Norman has travelled in most of the 50 States, and while in the service he visited Holland and Denmark.

Norman was preceded in death by his parents; three sisters, infant NormaJean Prewitt, Mari E. Meadows, and Lois B. Barnes; and one brother-in-law Don Dickerson.

He is survived by his four sons, Mark A. (and Mary Lou) Prewitt of Bates City, Missouri, Joel N. Prewitt of Tulsa, Oklahoma, Richard L. (and Lacey) Prewitt of Long Beach, Mississippi, and David S. Prewitt of California; two stepsons, Ron (and Linda) McDuff of Longmont, Colorado and Willie Pearce; three sisters, Ramona (and Elmore) Sherman and Rita Dickerson, all of Pleasant Hill, Missouri, and Nancy (and Joe) Kardwell of Orient, Long Island, New York; nine grandchildren; four great-grandchildren; and many other relatives and friends.

Funeral services will be held at 2:00 p.m. Saturday, April 5, 2014, at the funeral home. Reverend Ron McDuff will officiate. Graveside military services and interment will follow in the Pleasant Hill Cemetery with full military honors by the U.S. Army and the Veterans of Foreign Wars Post #3118 Honor Guard.

Visitation will be held one hour prior to the service at the funeral home.

Memorial contributions are suggested to be given to the Pleasant Hill Meals on Wheels and may be sent in care of the funeral home.

To order memorial trees or send flowers to the family in memory of J. Prewitt, please visit our flower store.