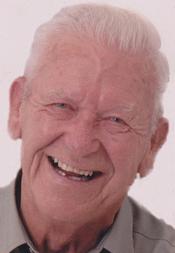 On August 7, 1954, he was united in marriage to Patsy JoAnn Canard in Independence, Missouri.

He was a union meat cutter having worked for Safeway and later Hy-Vee. He was a proud member of the Amalgamated Meat Cutters Union and the Veteran of Foreign Wars Post #3118, Pleasant Hill.

Jim was preceded in death by his mother Opal Esther Holzbaur.

Visitation was held prior to the service at the funeral home on Tuesday.

Memorial contributions are suggested to Kansas City Hospice and may be sent in care of the funeral home.

To order memorial trees or send flowers to the family in memory of James Holzbaur, please visit our flower store.