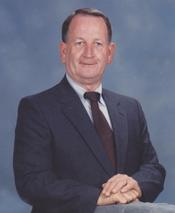 
Jerry Don Stair, 74, of Pleasant Hill, Missouri, was born Monday, April 26, 1937 in Harrisonville, the son of Earl Ernest and Merna Margaret (Bennett) Stair. He departed this life at 7:47 p.m. on Tuesday, December 20, 2011 surrounded by love and family, at his home after a courageous battle with tongue cancer.

He was a 1955 Harrisonville High School graduate and a 1961 University of Missouri Graduate. He was a veteran of the United States Air Force Reserves.

On March 25, 1972, Jerry was united in marriage to Bonnie Sue (Bern) Smith in Kansas City, Missouri.

Jerry was employed by Bendix/Allied Signal as a quality control engineer, retiring in 1997. He was an active member of St. Matthew Lutheran Church in Lee's Summit where he had served as Elder and several other groups including the choir.

He is survived by his wife Bonnie of the home; two sons Randy (and Beth) Smith of Lee's Summit, and Doug (and Stacey) Smith of Pleasant Hill; one daughter Amy (and Bob) Nelson of Pleasant Hill; two brothers Earl (and Janice) Stair of Monroeville, Pennsylvania, and Terry (and Karen) Stair of Lee's Summit; 11 grandchildren Naomi, Nathan, Cierra, Sydnee, Derec, Krosbie, Carsyn, Kinlie, Madelyn, Mason, and Jace; one great grandchild Quinton; other relatives and a host of friends.

Visitation was held Thursday evening at the Stanley-Dickey Funeral Home and one half hour prior to the service at the church on Friday.

Memorial contributions are suggested to St. Matthew Lutheran Church or Cancer Action and may be sent in care of the funeral home.

Please click here to view the video tribute
To order memorial trees or send flowers to the family in memory of Jerry Stair, please visit our flower store.