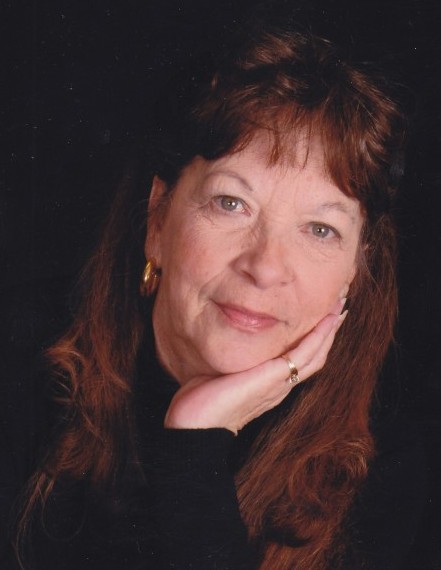 Joan Ellen “Joni” Mitchell, 73, lifelong resident of Pleasant Hill, was born, March 17, 1945, in Pleasant Hill, the daughter of William C. and Monelle A. (Armstrong) Gustin.  She departed this life, Thursday, February 21, 2019, at the St. Luke’s East Hospital surrounded with love and family.

In 1963 she was united in marriage to Dennis J McDaniel at the Pleasant Hill United Methodist Church and to this union two daughters, Denise and Dana were born; they later divorced.  In 1983, she married Richard Mitchell at the Hickory Grove Baptist Church; they later divorced as well.

Joan owned and operated J. P.’s Barber Shop in Pleasant Hill.  She had also worked for the Marine Corps Finance Center in Kansas City.  She was a life-long member of the Pleasant Hill United Methodist Church and a twenty-seven year member of the V.F.W. Post #3118 Auxiliary.  She enjoyed shopping at the local thrift store, taking short road trips, and reminiscing with friends.  She most enjoyed spending time with her daughters and grandchildren whom she adored.  She had a passion for helping any one in need whether it would be cooking for them, going to a shut-in’s home to cut their hair, or stopping on the street to lend them a hand.   She was a kind and gentle person and will be missed by all who ever knew her.

Joan was preceded in death by her parents, sister, Betty Land and her twin brother, John Gustin.

She is survived by her daughters and their husbands, Denise and Les Robinson, and Dana and Chris Stranckmeyer, all of Pleasant Hill; five grandchildren, Tyler (and Kinsey) Robinson, and Lucas Robinson both of Sedalia, Hayden Hornbostel, Leland Hornbostel, Madalyn Stranckmeyer, all of Pleasant Hill; one brother, William (and Sherry) Gustin of Lee’s Summit;  nephews, nieces, other relatives and friends.

Visitation was held Wednesday, February 27, 2019, at the funeral home.

Online condolences may be sent to the family at www.stanleydickeyfunerahome.com

To order memorial trees or send flowers to the family in memory of Joan Mitchell, please visit our flower store.