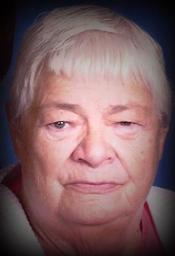 While living in Colorado she was a Special Education Para-Professional for the Jefferson County School System. After moving to Missouri she was employed as a cook at the 1st Baptist Church daycare, waitressed at the B and M Cafe, and worked for Chartwells as a cafeteria worker.

Her hobbies included watching her favorite Soap Operas and spending time with her grandchildren.

Joan was also preceded in death by two daughters Robin George and Christy Trautman; one son Gary Johnson; and one great-grandson Mario.

Cremation has been accorded. Visitation was held Saturday, September 28, 2013, at the funeral home.

Memorial contributions are suggested to the Joan Oswalt Memorial Fund which has been set up at the Pleasant Hill Bank or may be sent in care of the funeral home.

To order memorial trees or send flowers to the family in memory of Joan Oswalt, please visit our flower store.