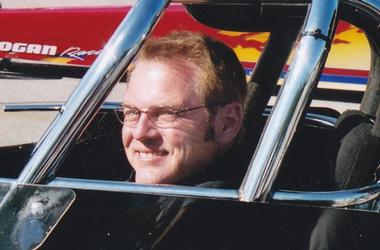 John was a 1983 Lone Jack High School graduate. Later he graduated from Missouri Institute of Technology.

He had been employed as Car Hauler for the Jack Cooper Car Transporter Corporation; prior to that he worked for the City of Lee's Summit Water Department. He was a member of the KCIR Race Track, the NHRA Drag Racing Team, and the Teamsters Local #41. He was a gifted musician and traveled all over the United States playing music.

He is survived by his life companion, Colleen M. (Keys) Speers of the home, her children, Chris Speers and Becca Bussey, and her grandson (whom he adored) Mason Bussey; his father and step-mother, Keith and Marge Beasley, of Urich; one sister, Marlene (and Sarah Miller) Beasley of Pleasant Hill; one brother Clint Beasley of Urich; three nieces, Jessie Miller, Virginia Miller, and Hallie Miller, of Pleasant Hill; one nephew, Wyatt Beasley of Urich; other relatives; and many friends.

Cremation has been accorded. A Celebration of John's life was held Thursday, July 30, 2015. Reverend Todd Young, and Mrs. Leasa Daugherty officiated. Inurnment was in the Lone Jack Cemetery.

Memorial contributions are suggested to the Lone Jack Cemetery and may be sent in care of the funeral home.

To order memorial trees or send flowers to the family in memory of John Beasley, please visit our flower store.