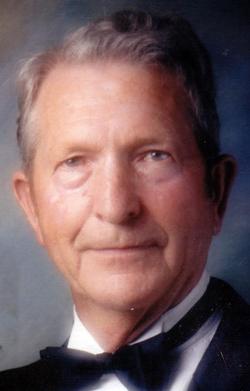 John retired as a Police Detective for the Los Angeles Police Department in 1974. He returned to Pleasant Hill to live out his years hunting and trapping, as well as traveling with his beloved Bebe.

John enjoyed aviation and piloted single engine aircrafts. He was a member of the Ararat Flying Fez assisting burned and crippled children in receiving medical care through the Shrine Burn Centers. John was also an active member in the Masons, Reseda Lodge.

Besides his wife and parents, John was preceded in death by his sister Billy Jean "Jinx" Caulfield.

The Recitation of the Rosary was held Friday, January 29, 2016, followed by visitation at the funeral home.

Memorial contributions are suggested to the National Rifle Association and may be sent in care of the funeral home.

To order memorial trees or send flowers to the family in memory of John Bruns, please visit our flower store.