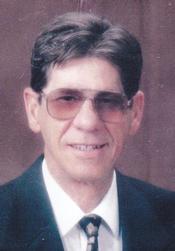 He was a lifetime volunteer of the Boy Scouts of America and achieved Sachem rank in the Mic-O-Say tribe. He was a past volunteer at the Kansas City Zoo and the Toy & Miniature Museum of Kansas City. He was also a former commander of the Lee's Summit American Legion. Besides his parents, he was preceded in death by one brother Daniel Thomas and one half brother David Weatherford.

Per John's wish private graveside services were held in the Strasburg Cemetery.

Memorial contributions are suggested to The Boy Scouts of America or First Lutheran Church and may be sent in care of the funeral home.

Online condolences may be sent to the family and the video tribute may be viewed at www.stanley-dickeyfuneralhome.com

Please click here to view the video tribute
To order memorial trees or send flowers to the family in memory of John Thomas, please visit our flower store.