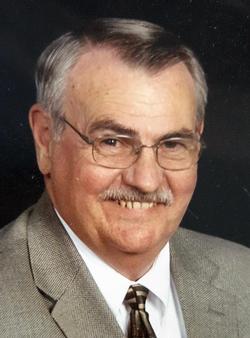 On December 29, 1995, he was united in marriage to Debbie (Cassidy) Fields in Lone Jack.

John was a Finance and Insurance Manager for several automobile dealerships in the Kansas City area. He enjoyed reading, bingo, poker, gardening and horseback riding. He especially loved spending time with his grandkids.

John was preceded in death by his parents and first wife Romera (DeBacker) Whitford.

He is survived by his wife Debbie of Lee's Summit; one step-son Andy (and Valorie Wimsatt) Fields of Archie; one step-daughter, Beth (and Jason) Barber of Lee' Summit; 5 grandchildren, Andrew Fields and Jeremy Fields of Lone Jack, Jonathan Barber and Lauren Barber of Lee's Summit, and William Fields of Archie; one sister, Shirley (and Bill) Boone of Houston, TX; other relatives; and many friends.

A memorial service was held Sunday, January 10, 2015, at the First Baptist Church of Lee's Summit. Full military honors were performed following the service by the U.S. Marine Corps and the Pleasant Hill V.F.W Post #3118 Honor Guard.

In Lieu of flowers memorial contributions are suggested to the First Baptist Church of Lee's Summit.

To order memorial trees or send flowers to the family in memory of John Whitford, please visit our flower store.