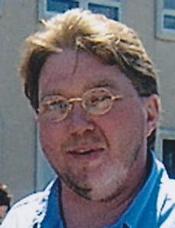 On November 22, 1987, he was united in marriage to Vickie Lynn Wilkinson in Belton, Missouri.

Joseph was a gifted remodeler and painter, but was skilled in many aspects of construction.

Memorial contributions may be directed to the family.

Please click here to view the video tribute
To order memorial trees or send flowers to the family in memory of Joseph Cada, Jr, please visit our flower store.