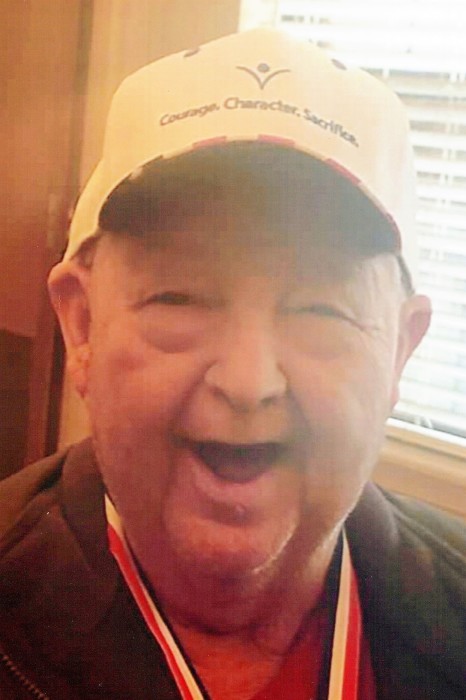 He was a proud United States Air Force veteran as well as member of the Missouri National Guard.

On October 23, 1965, he was united in marriage to Sharon Lea Hensley in Lone Jack.

Joe was employed at Pfizer for 30 years retiring in 2003.  He was a member of the Lone Jack Baptist Church, Jewell Lodge #480 A.F. & A.M. and the Ivy Leaf Chapter O.E.S. both of Pleasant Hill, the American Legion Post #499, Blue Springs, and the National Rifle Association.

Joe was greeted at heaven’s gates by his parents; his in-laws; his brother, Orville Klotz; his sister, Janice Hutton; and one infant granddaughter.

Left to mourn his passing are his wife of 53 ½ years, Sharon of the home; two daughters, Patsy Nash and Claudia (and Matt) Campbell, both of Lee’s Summit; four granddaughters, Rachel Nash, Rebekah Nash, Chloe Campbell, and Morgen Campbell, all of Lee’s Summit; his baby sister, Leta (and Dave) Shaffer of Joplin; four nephews; three nieces; many great-nieces and nephews; and host of many friends.

Memorial contributions are suggested to the Hensley Hall Lone Jack Civic Center or the National Rifle Association and may be sent in care of the funeral home.

To order memorial trees or send flowers to the family in memory of Joseph Klotz, please visit our flower store.