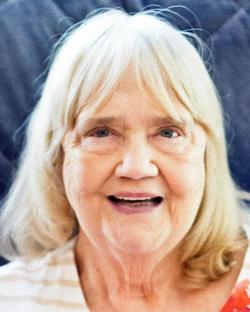 Karen Sue Armstrong, 73, of Pleasant Hill, was born August 26, 1941, in Carrollton, Missouri, the daughter of William Jennings and Cora Esther (Adkins) Doyle. She departed this life early Thursday morning on January 15, 2015, at her home surrounded with love and family.

Karen grew up in Carrollton, Missouri and Fort Madison, Iowa and then moved to Independence, Missouri. Karen was a 1959 William Chrisman High School graduate.

On January 2, 1959, she was united in marriage to Charles Frank Armstrong in Independence, Missouri.

Karen was a homemaker proudly raising her five children and many grandchildren. She was also the secretary and co-owner of Armstrong Stone Contracting for over 35 years. She was a wonderful cook and enjoyed canning food from the garden. She was a member of the Church of Jesus Christ of Latter Day Saints most all of her life. She and Charles presently are members of the Lee's Summit 3rd Ward.

Karen was preceded in death by her parents and three brothers Dale Castle, Lee Castle, and Everett Castle.

Memorial contributions may be sent to the KU Endowment, University of Kansas Comprehensive Cancer Center Designation Account and may be sent in care of the funeral home.

To order memorial trees or send flowers to the family in memory of Karen Armstrong, please visit our flower store.