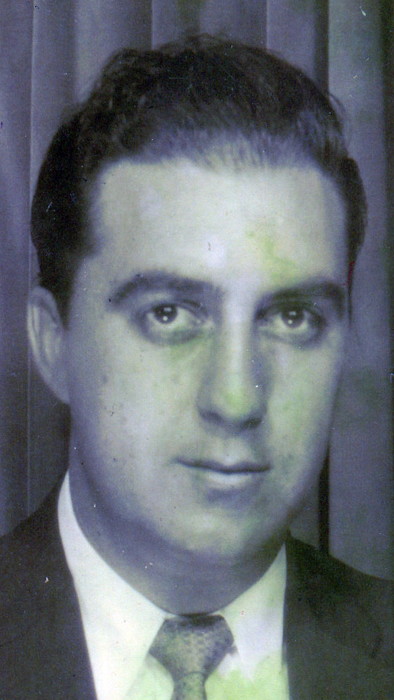 Robert L. "Lee" Schindorff, 93, of Warrensburg formerly of Raytown and Pleasant Hill, was born, January 15, 1925, in Pleasant Hill, the son of Thomas and Goldie (Burden) Schindorff.  He departed this life, Sunday, May 20, 2018, at the Harmony Gardens Assisted Living Center, Warrensburg.

Lee was a 1942 Pleasant Hill High School graduate and a WWII Army Veteran.

Lee was also preceded in death by his parents; one sister, June Mackie.

He is survived by two sisters, Kathleen Hunter of Mesa, Arizona, and Pauline Hibdon of Warrensburg; friend and companion Mary “Dolly” Macrae; several nieces and nephews; other relatives and friends.

For 35 years, Lee was a Fireman and Arson Investigator for the North Kansas City Fire Department.  Lee was also a professional Magician. Lee entertained many audiences in the Kansas City and Chicago areas. In the 1950’s, Lee wowed guest at The Stanley Hotel, Estes Park Colorado, doing 5 Magic shows daily, for one month. He was a member of the American Legion.  He loved hunting and fishing.

Funeral services were held Tuesday, May 29, 2018, at the funeral home, where visitation was held from one hour prior to the service.  Reverend D. Kent Deubner officiated. Graveside military services and interment followed in the Pleasant Hill Cemetery with full military honors by the United States Army and the Veterans of Foreign Wars Post #3118 Honor Guard.

Memorial contributions are suggested to American Heart Association and may be sent in care of the funeral home.

A complete obituary will be published in next week’s edition of the Pleasant Hill Times and online at www.stanleydickeyfuneralhome.com .

To order memorial trees or send flowers to the family in memory of Lee Schindorff, please visit our flower store.