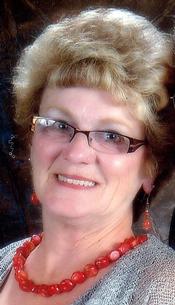 Linda Faye Walker, 71, a lifelong resident of Pleasant Hill, Missouri, was born, November 19, 1942, the daughter of James Leonard and Lela Faye (Rosanbalm) Parris. She departed this life at 4:30 a.m. Tuesday, January 14, 2014, at her home surrounded with love and family.

Linda was employed by the Pfizer Pharmaceutical Company, retiring in 1995. Later she worked for the True Value Hardware Store in Pleasant Hill. Linda was a lifelong member of Hickory Grove Baptist Church and a member of the "Just for Fun," Red Hat Ladies. She also volunteered at the Pleasant Hill Food Pantry.

Linda loved sewing, gardening, traveling, and motorcycling. She most loved spending time with her family.

She was also preceded in death by her parents.

To order memorial trees or send flowers to the family in memory of Linda Walker, please visit our flower store.